What you can find in the basement of Barcelona 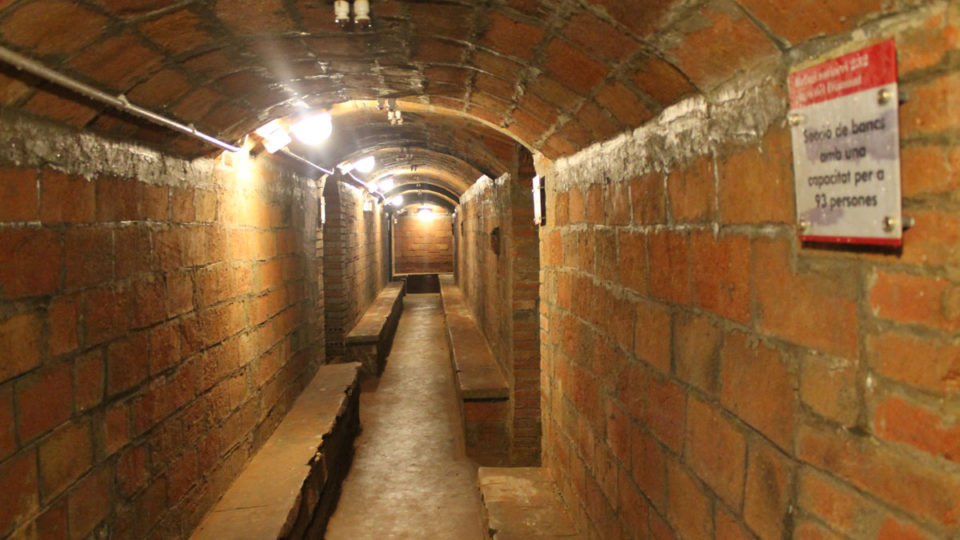 Did you know that under the city of Barcelona there is an exciting parallel world of labyrinths with caves, water courses, medieval tunnels, Roman sewers, war shelters, artificial caves and subway ghost stations?

We discover the secrets of Barcelona underground, most of its inhabitants and visitors are completely unaware of that part of the city. Good trip to the bowels of Barcelona!

Do you want to find the best location in Barcelona? Get in contact with us!

In the subsoil of Ciutat Vella, the centre district of the city, we find one of the best kept treasures of Barcelona, the remains of the ancient Roman city of Barcino. An unique location for your audiovisual production or photographic shooting.

More than 4,000 square metres give us here an idea of what life was like in Barcelona in the 6th and 7th centuries AD. and they show us some archaeological gems, such as the necropolis, Roman sculptures or the remains of a cathedral.

To walk here is to penetrate an exciting culture that definitively marked the character of the Barcelona that we know today. To enjoy a tour here, you must visit the Museum of History of Barcelona. 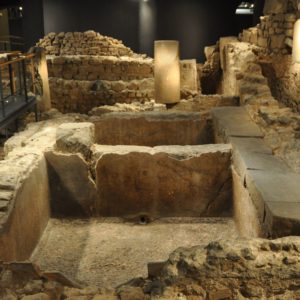 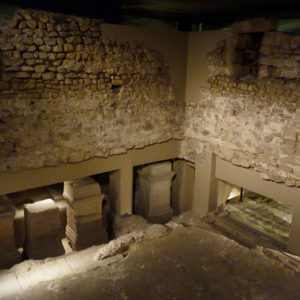 This is the least known secret of all those who are hidden in Barcelona underground. In many of its urban metro lines, there are phantom stations, stations in which never in history has stopped any train or stepped on any passenger.

Designed to shorten the distance between stations that are currently in operation, these stations can not be visited and, at best, if you look very carefully, you can intuit them in the subway tunnels despite not being illuminated.

Another option is to find a place among the 300 privileged ones who achieve a place in the only annual outing organized by Transports Metropolitans de Barcelona (TMB) framed in the « Cultural Spring » of the city. Wouldn’t it be great to be able to use these exclusive locations for your audiovisual production or photographic shooting?

Today, we know of the existence of eleven ghost stations, including one of the Catalan Railways of the Generalitat and another of Renfe. The best known are Gaudi (L5), Banc (L4), Ferrán (L3), Correos (L4) and Travessera (L3). 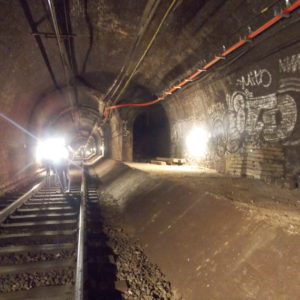 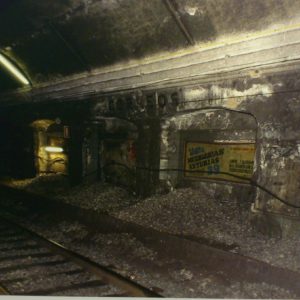 Shelters of the Civil War

One of the worst episodes of the Spanish Civil War for Barcelona was the bombing of the civilian population by Italian and German aviation, allies of Francisco Franco’s army.

The locals, terrified, built dozens of shelters that today have been recovered for the historical memory of the city and some of them are open to the public. This is the case, for instance, for the refuge of the Plaza del Diamant in the Gracia neighbourhood.

All over Barcelona are hidden anti-aircraft shelters, not so well known, but they can be the star of your audiovisual project. 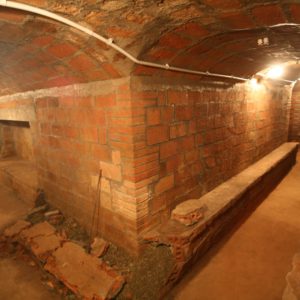 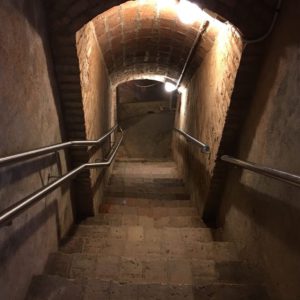 Visit to the sewers

Although this may seem an unappetizing visit at first, the truth is that a sewerage system is a fundamental structure for the functioning of any large modern city.

From an access open to the public in the Paseo de San Juan in Barcelona, guided tours are organized to a space little known by locals and visitors. A totally different and unique location for your audiovisual production or photographic shooting.

Paseo de San Juan is the only stretch of the Catalan sewerage system open to the public, with sidewalks and lighting. In it are large and small galleries and although for some it may be unpleasant, the truth is that the sewer shows a fascinating hidden side of the city. 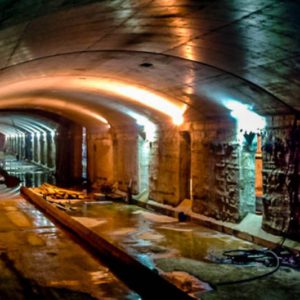 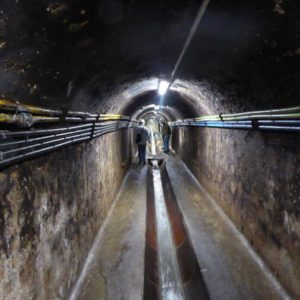 The basements of Palau Güell

Something more touristy and known are the basements of the Palau Güell in Nou de la Rambla, 3-5. We are facing one of the few spaces designed by Gaudí that have remained intact over the years.

The stables in these basements stand out for their brick arches, flat brick vaults and fungiform capitals. Originally it contained individual horse stalls with mangers. The rooms of the coachman and the stable boy were here too.

Another of the unique locations offered by the city of Barcelona for your audiovisual project. 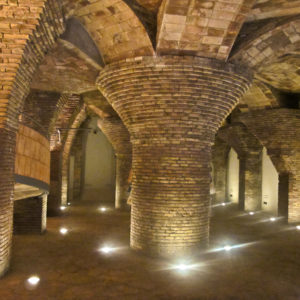 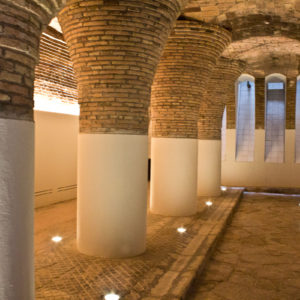 The underground deposit of the Parc Joan Miró is one of the least known and most pioneering facilities in Europe. It is a broad and decadent space, worthy to illustrate your next audiovisual project.

The network of deposits scale from the mountain to the coast, but it is the one of Parc Joan Miró with 70,000 m3 of capacity that is the most impressive, serving for flood control and environmental purification. 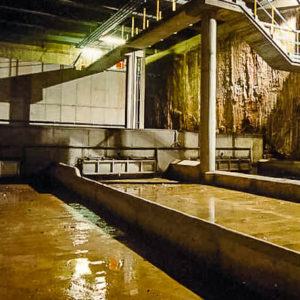 If you want support to find the location that your next projects need, do not hesitate to contact us. Tell us your needs and we will take care of everything. We leave you a link to our portfolio and services so you can think about your next production.